Assessment of the Phytotoxicity of Seaport Sediments in the Framework of a Quarry-Deposit Scenario: Germination Tests of Sediments Aged Artificially by Column Leaching

The aim of the Sustainable Management of Sediments Dredged in Seaports (SEDIGEST) project is to assess the risks of treated port sediments for terrestrial ecosystems when deposited in quarries. We simulated the "ageing" of these sediments up to the "moment" when plants can germinate. Sediments were leached by water percolating through a laboratory column. Sediments 1 and 2, taken from the port of Toulon (France), were dried and aired. Sediment 3, taken from the port of Guilvinec (France), was stabilised with lime. Phytotoxicity was evaluated on the three artificially aged sediments using germination and early development tests (48 h to 7 days) by Phytotoxkit F (TM) bioassays. The three dilutions tested were performed with the reference "ISO substrate" and with Lolium perenne sp. (rye grass), Sinapis alba (white mustard), and Lepidium sativum (watercress). The tests performed with sediments 1 and 2 showed (1) a decrease of their toxicity to the germination of the species selected following leaching and (2) that L. perenne was the most sensitive species. The tests performed with sediment 3 showed that it was improper for colonisation even after leaching simulating 16 months of ageing. These germination tests on aged sediments identified the effects of leaching and made it possible to appreciate the capacity of the sediments to allow colonisation by plants.

The exceptional surface turbidity of the North-West European shelf seas during the stormy 2013-2014 winter: consequences for the initiation of the phytoplankton blooms?
Documentation
changement climatique
sédiment marin 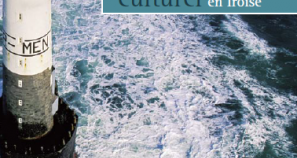